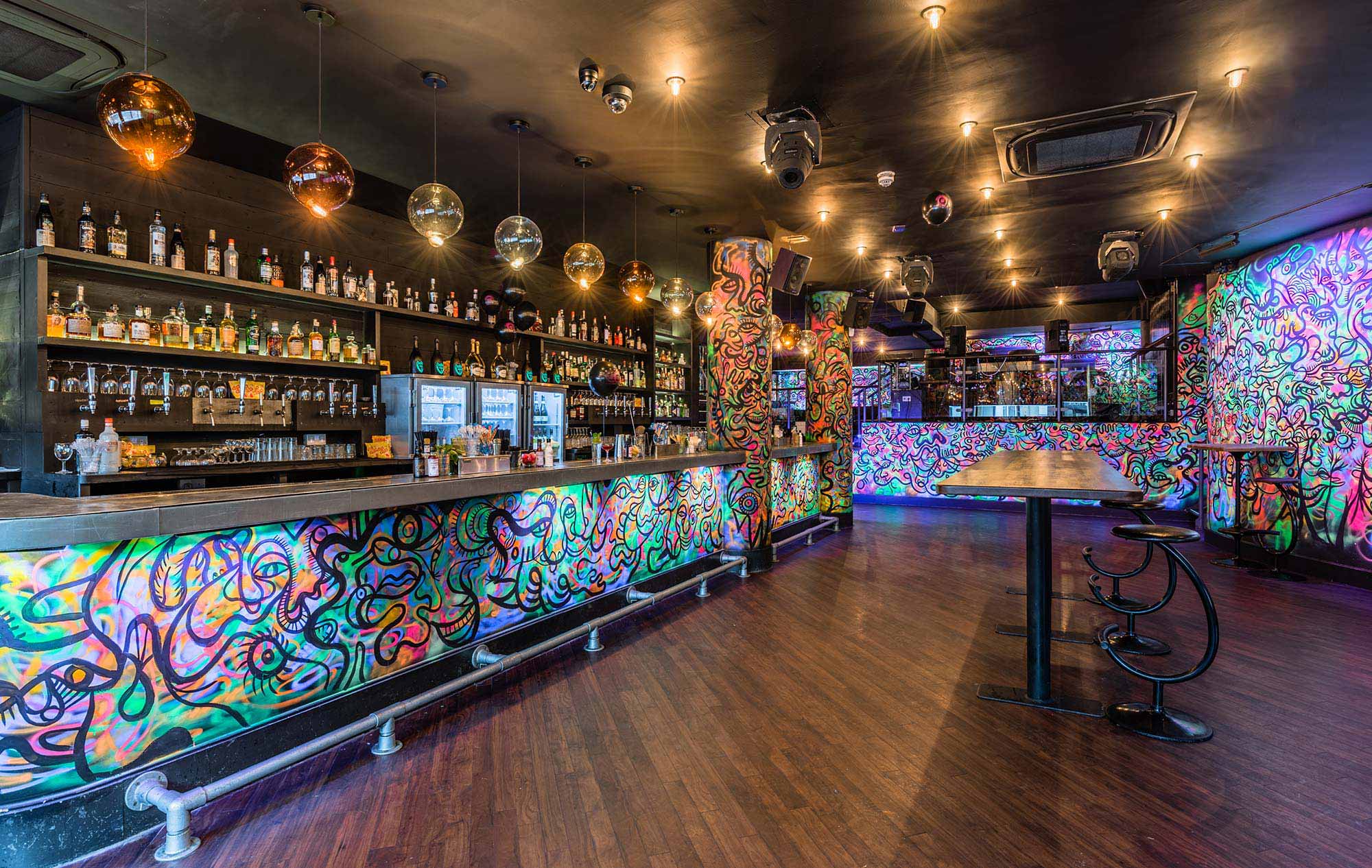 7 Unique Bars Around the Globe for a Memorable Night Out

Why bother with ho-hum bars? You can find those at home. Join us, instead, on a crawl of some of the world’s quirkiest watering holes

From Hong Kong to Honolulu, speakeasy-style bars have so become popular and prevalent in the past decade that they verge on cliché. Sure, it can be fun to chew the fat with another hip, moustachioed bartender who crafts a perfect Old Fashioned, but it’s all the more refreshing when a bar is original as well as cool.

To this end, you’re invited to step into some of the most delightfully idiosyncratic bars around the globe. They offer the chance take a break from sightseeing and indulge at an offbeat place where nobody knows your name. At these unique bars, you just might end up sharing a Bloody Mary with a passing shark or splashing cash on a bubble-gum cocktail in a pool of plastic balls.

Touted as the world’s first scent-inspired cocktail bar, Fragrances in The Ritz-Carlton Berlin serves cocktails inspired by luxury-label perfumes. Since its opening in 2014, Fragrances has recreated perfumes by Giorgio Armani, Issey Miyake, Jo Malone and other big-name fashion houses as signature cocktails. There is no menu, with each guest invited to select a fragrance from the bar’s walk-through ‘Hall of Fame’. Appropriate ingredients are then masterfully mixed to create a worthy cocktail. According to Fragrance’s head mixologist Arnd Heissen, Indian-inspired Vaara by Penhaligons is a favourite. This cocktail of smoky bourbon, dark rum, saffron, pear purée and rosewater is served up in a tiny birdhouse with sandalwood smoke emerging from its chimney.

Ever wanted to jump into a children’s playground and pretend you are five years old again? Ballie Ballerson, then, is for you. Essentially, this bar for big kids in London’s happening Shoreditch district combines creative drinks with the kind of ball-pit fun you never truly grow out of. It’s a great place to sink a few and ‘swim’ in a million (or so they say) plastic balls, all illuminated by neon lights. You can maximise your trip down memory lane at this unique bar by ordering cocktails themed around childhood favourites like bubble gum, Skittles and sherbet, and pig out on unlimited pizza during the bottomless brunch sessions at weekends. Childish? Certainly. But perhaps also needed after a week of the 9-to-5.

Over-the-top luxury under the sea

Located six metres underwater in the Indian Ocean, Subsix originally opened in 2015 as a bar and nightclub at Niyama Private Islands. Though it has since reopened as a restaurant, it remains a unique Maldivian watering hole for an elaborate cocktail, a refreshing local beer or a champagne breakfast. Guests arrive via speedboat before descending a staircase to reach this submarine lair that looks out onto a coral reef. Shoals of parrotfish, Moorish idols and groupers regularly circle the restaurant and clam-shaped bar, with the occasional moray eel, hawksbill turtle or reef shark also cruising by. Tension-soothing massage chairs with anemone-like fingers complete the otherworldly experience.

If you take salt with your tequila, the bar of the Palacio de Sal hotel is for you. The entire property, in fact – its name literally meaning ‘palace of salt’ – is made from the unusual building material, and that extends from walls and ceilings to furniture and sculpted artworks in the lobby and guestrooms. Located on the edge of Salar de Uyuni – the world’s largest salt flat – close to the Bolivian town of Colchani, the Palacio de Sal hotel has the first ‘salt bar’ in the world, as well as a popular restaurant, spa and golf course. Perched some 3,600 metres above sea level, the bar offers memorable sunsets and – thanks to the hotel’s remote location and the lack of ambient light from cities – excellent stargazing, with a dramatic backdrop of mountain ranges in the middle of nowhere.

Vodka is best served chilled, so perhaps Icebar, in the Swedish capital of Stockholm, is the ultimate destination for rounds of bracing shots. Bars made entirely of ice have been replicated as permanent fixtures or pop-ups in cities across the world (Melbourne, London, Barcelona, to name just a few), but this was the original. The permanent bar here was constructed from up of 40 tonnes of ice taken from the Torne river in northern Sweden, guests are supplied with ABBA-inspired metallic silver robes to ward off frostbite, and the Absolut flows freely. A team of skilled Swedish ice sculptors regularly creates new ‘furniture’ to spruce up the interior should things ever hot up too much. The cover charge of 199SEK (HK$160) includes one free drink served in an ice-block.

Cheers to capitalism and market ‘crashes’

A visit to Barcelona’s Dow Jones Bar is a must for anyone who enjoys watching the pennies or chasing the dollar. Ideal for the shameless capitalist, perhaps, and even for frugal types mindful of their holiday budget, Dow Jones Bar operates like the New York Stock Exchange, with drinks prices fluctuating according to demand. So, if you’re the only drinker in the place plumping for mojitos, you’re likely to enjoy a bargain. And the best news is that the market ‘crashes’ every 30 minutes, sending prices plummeting. It’s effectively a rotating, regular happy hour – just get your timing right.

Drinking on the edge of the world’s highest bar

As a city of skyscrapers, Hong Kong is naturally home to the world’s highest skybar, Ozone, which looks out from its prime Kowloon perch to the glittering city skyline. It’s a preferred nightlife haunt of adventurers choosing to live on the edge, and the dizzying experience begins in lifts that speed to the 118th floor of The Ritz-Carlton Hong Kong hotel. Upon arrival, guests are greeted by Tokyo-based designer Masamichi Katayama’s glossy palace of geometry, colour and light, some 490 metres above Victoria Harbour – making it a prime vantage point of the nightly light show. Ozone stocks an unrivalled selection of well-aged whiskies, cognacs and wines. The signature cocktail is the HK Skyline, made from 23-year-old Zacapa rum, absinthe, oolong tea syrup, lavender smoke and champagne foam.