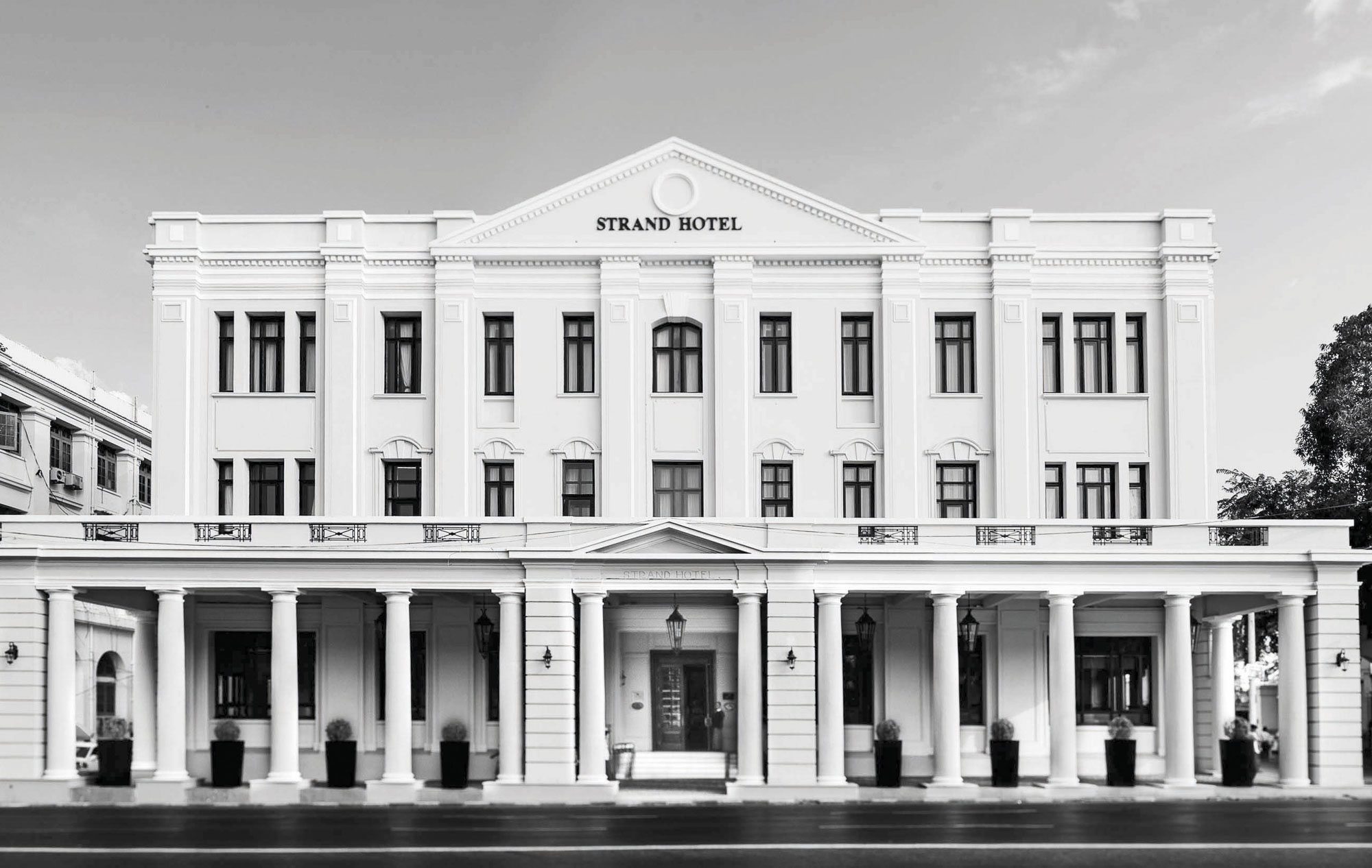 Yangon’s colonial buildings have survived the test of time – but for how much longer? We look at how preservationists are winning a battle to keep the city’s past intact

British rule in Burma from 1824 to 1948 saw the creation of one of Asia’s colonial jewel cities, Rangoon. During this period, grand buildings sprung up using a mixture of Burma’s teak combined with traditional colonial-style stone. The country later entered five decades of isolation, until reopening its doors to the world in 2012. Visitors flooded in to explore this country, now named Myanmar, that was much unchanged over decades – but likely on the edge of major development.

As the city, now called Yangon, is subject to the throes of modernisation, change is afoot on its streets. Cranes dot the skyline, new yellow buses are replacing trishaws and the cacophony of hammering and drilling signals the imminent arrival of new apartment blocks and air-conditioned shopping malls. But downtown, signs of Myanmar’s colonial heritage can still be found on nearly every corner in various states of restoration and disrepair.

Heritage groups, developers and property owners are working behind the scenes to move with the times while keeping the city’s heritage alive. Some of the most illustrious examples of conscientious restoration and preservation have been part of hotel projects.

Yangon has long had The Strand hotel, which since 1901 has welcomed tourists and foreign officials alike on Strand Road, a boulevard wrapping an entire block abutting the city’s port. The road received a new addition, Rosewood Yangon, in 2019. The 106-room luxury hotel includes five restaurants and bars, with a new swimming pool on the roof. Conditions to restore and convert the building into a hotel were laid out as part of the lease, and they included a comprehensive conservation management plan.

Originally a Law Courts building, the structure, Asia’s first multi-storey steel-framed building, is grand with its three-storey colonnades. Architectural details were kept whenever possible, with the lobby staircase and marble pillars remaining nearly untouched, just lightly restored. The judges’ chambers and meeting room still have features such as the original teak flooring. A plaster specialist was brought in to repair walls instead of painting over various details.

‘It has been a labour of love, commitment and patience in terms of time and investment for our owners,’ says Ed Brea, managing director of Rosewood Yangon.

The site’s preservation hasn’t stopped with the building alone. A commercial salvage team was given three weeks to excavate one of the original courtyards. Among the finds were part of the building that stood there even before it became Law Courts, and further down were a series of pots. Specialists are currently examining the pots at Yangon Heritage Trust, but already they have ascertained that these remnants are likely from the 15th or 16th century, during Mon rule.

‘This was a chance to grab a tiny snapshot of the past,’ says Rupert Mann, archaeologist and programmes manager of Yangon Heritage Trust. It’s an exciting time for working on heritage buildings in Yangon, he says, with the historical downtown requiring preservation, and before large-scale redevelopment plots have obscured the one-of-a-kind colonial structures. Mann hopes that as more buildings are renovated and excavated, there will be more exciting finds. ‘What we found here in the courtyard means we might be able to find others on this street.’

In fact, the Yangon Heritage Trust has devised a holistic, long-term strategy for preservation and urban planning, which the local council is slowly warming to. The strategy involves 120 building projects and ranges from advising local residents on restoring their own properties affordably and with proper techniques, to renovation plans for larger buildings downtown. The plan also aims to improve walkability from Shwedagon Pagoda to Buthadaung Pagoda – both revered religious sites, which sit on opposite sides of downtown. Other goals include improving drainage, greening public spaces, and adding amenities like rubbish bins and park benches. The overall theme: modernisation without large-scale demolition or high-rise development.

So far, hotels have been some of the most prominent projects, but not all of them have clung to a colonial aesthetic. While the Excelsior Yangon is recognisable as a colonial building from the outside – its exterior has been beautifully restored to become one of the most striking structures downtown – it takes an utterly modern, design-driven approach for its interiors, with stylish floor tiles in the lobby and bright colours in the guest rooms. Referencing its former use as the offices of a British trading company and then the Ministry of Commerce, the hotel keeps a typewriter from the building’s previous life in the library and an old London clock in the cafe. ‘We wanted to bring some personality and have something of a wow effect with the decor,’ says manager Philippe Arnaud.

Construction is now under way to convert the former headquarters of the Myanmar Railway Company, a red-brick building dating back to 1954, into The Peninsula Yangon. It is estimated to open in 2021 amid a modern mixed-use complex.

But there are plenty of preservation projects not centred around luxury hotels. One of the most closely watched projects is the Secretariat Building revamp. This ochre red colonial building was purpose-built for the administrative seat of British Burma. It’s infamous for the 1947 assassination of General Aung San – the father of current leader Aung San Suu Kyi – who led the movement for independence from British rule. For decades, this building was only opened to the public on the day commemorating his death.

The Secretariat was extensively renovated in 2020 and will house a museum and commercial spaces. Another landmark building gaining new life is the former Tourism Burma Building, with its unique towers and prime location opposite Sule Pagoda. Turquoise Mountain, the charity under Prince Charles, is overseeing the restoration. The plan is to convert the building to include an urban planning centre containing a scale model of Yangon, a cafe, an exhibition space and a public roof garden.

For groups that have been advocating for protection of Mynamar’s colonial heritage buildings, such as the Yangon Heritage Trust, it’s been a rewarding experience to see dilapidated buildings restored to their former glory. ‘In 30 years Yangon will be a really exciting place,’ says Mann. ‘Businesses will want to set up here because it is the last city in Southeast Asia to have the chance to be preserved instead of just rocketing ahead with modernisation.’