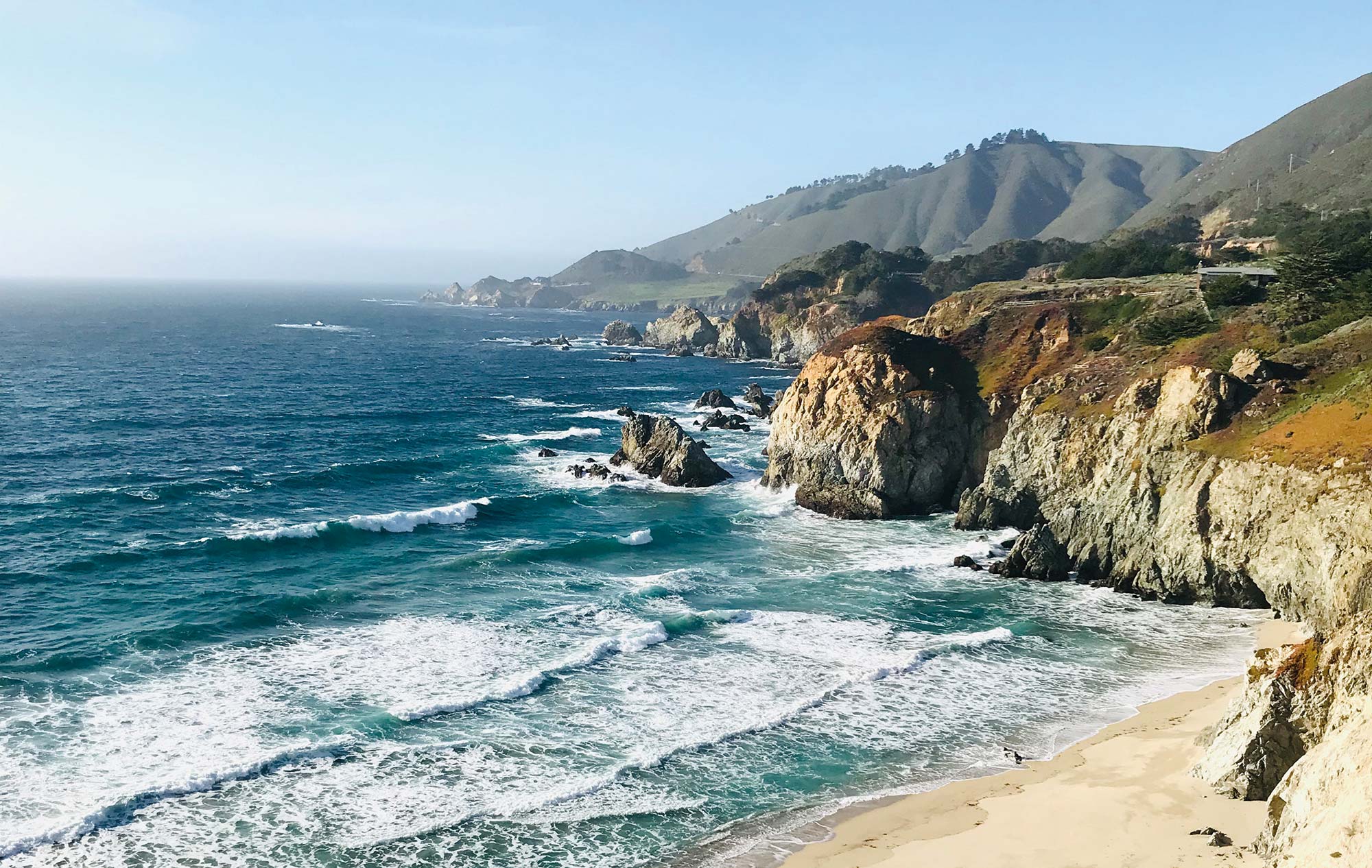 In Search of Henry Miller’s Bohemian Legacy in Big Sur

A pilgrimage to the rugged California coastline and Big Sur, the spiritual home of Henry Miller, the great American author and existentialist who inspired the Beat Generation

People have been making pilgrimages to Big Sur for decades. Despite the coastal Highway 1 which runs through the whole of its 140-kilometre territory – when it’s not closed by the successive disasters of Californian fire and rain – the place retains a sense of remoteness and mystique. It’s a region where an utterance like ‘Big Sur is a state of mind’ doesn’t seem like a limp cliche but an astute perception.

The dazzling Big Sur landscape has long accommodated and welcomed the bohemians, the starry-eyed, the hermits, the existentialists, the moon-howlers, the wannabe hippies, the actual hippies – and for the most part, the tourists, too.

And amid the ratcheting cliffs, with their thermal-climbing condors, the sparkling sapphire coves and the deep redwood canyons that draw visitors’ awe, there are manmade touchpoints that are quintessential Big Sur: places worthy of the pilgrimage.

Places like the Henry Miller Memorial Library. Part bookshop, part arts centre, part performance venue, part roadside retreat, the library is a warm reflection of the artist it’s named for – and of the beauty that surrounds it.

Henry Miller: the writer, painter, raconteur, libertine, life-enthusiast and staunch defender of artistic freedom made his way from New York roots to nearly a decade in Paris, a stint in Greece and then on to Big Sur in 1944. Though his earlier books had been banned in the US for their sexual frankness, and remained so for years after, an enterprising smuggling network put them in the hands of Beat Generation figures like Jack Kerouac, Allen Ginsberg and Lawrence Ferlinghetti, who praised their free-flowing language and zest as influences on their own work. (Kerouac wrote a besotted novel titled Big Sur and Ferlinghetti had a cabin there.)

But before he influenced the Beats, Big Sur influenced Henry Miller. The artist’s work from the period he lived there includes the Rosy Crucifixion trilogy and Big Sur and the Oranges of Hieronymus Bosch, his paean to the area’s landscape, his friends and his many fancies.

‘Skies of pure azure and walls of fog moving in and out of the canyons with invisible feet, hills in winter of emerald green and in summer mountain upon mountain of pure gold,’ Miller wrote. ‘There was ever the unfathomable silence of the forest, the blazing immensity of the Pacific, days drenched with sun and nights spangled with stars.’

Miller left Big Sur in 1963 after 18 years, moving down south to Pacific Palisades, where he spent the rest of his lively life. But his friends remembered his time there. After the writer’s death in 1980, the painter Emil White dedicated his own property as a memorial to Miller. That cabin and land were donated after White’s death in 1989 to the Big Sur Land Trust, becoming the home of the Henry Miller Memorial Library: a nonprofit bookshop, archive, arts centre and performance venue.

The library’s grounds are cloaked in Big Sur’s daily cape of redwoods and greenery. Just out the back door is a little creek with a footbridge below the towering trees. Wander around the property and you’ll discover intriguing sculptures and artworks – it’s the same inside, as well. It’s easy to get the feeling that life here is more wide-open than in many places. Miller sensed that and moved with it.

Magnus Toren, executive director of the library, says it has always retained this feeling. ‘It has changed little, which is part of its virtue. Books have increased in number and the depth of archival material has increased, but the essential place that most people see and love has remained much the same.’

The atmosphere seems a microcosm of Big Sur itself. ‘The library serves as a reminder for visitors that Big Sur is, and hopefully always will be, a place that engenders a sense of awe in the face of natural beauty and grandeur, as well as a sense of needing to care for one’s home, wherever it is’, Toren says.

And with natural disasters like the Californian wildfires, Big Sur has certainly needed that – its remarkable topography both a blessing and a curse. But the place abides. And so does the library. If the Henry Miller Memorial Library is, as its motto states, ‘a place where nothing happens,’ it’s the most flavourful serving of nothing you’ll ever taste.

The Henry Miller Memorial Library is located on California’s Highway 1, a 2.5-hour drive south from San Francisco International Airport. It is open Tuesday-Sunday from 11am-6pm.

Built around a 1925 cabin, and hosting one of Big Sur’s incomparable views, Miller lived here before the restaurant opened in 1949, and he remained close pals with the owners. He was known to enjoy ping-pong matches on its expansive deck, which still hosts a table and other games. Café Kevah down below is no slouch for the views either.

Miller lived high above the cove on Partington Ridge, in a cabin not accessible to tourists – but the beautiful cove beneath is well within reach. Partington Cove is a well-maintained trail that’s somewhat steep but not long, and there’s plenty to see, including a handsome old tunnel and a landing where tree bark was unloaded onto ships long ago – and booze smuggled in. The Cove trail starts about 10 kilometres south of Nepenthe.